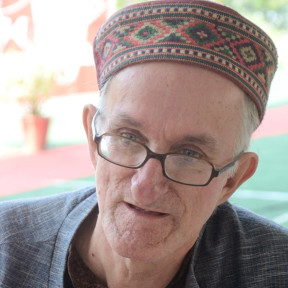 Felix Padel is an anthropologist who has focused on understanding the situation of India’s tribal people or Adivasis. After first degrees studying Classics and switching to anthropology in Oxford, he did an M. Phil in sociology at the Delhi School of Economics, and remained affiliated there when doing his doctorate at Oxford. This was a study in ‘reverse anthropology’ about the power structure that British rule imposed over Adivasis, and became his 1st book, ‘Sacrificing people: Invasions of a tribal landscape’ (1995/2010). His next book was a study of the aluminium industry worldwide from the viewpoint of Adivasi movements opposing it: ‘Out of this Earth: East India Adivasis and the aluminium cartel’ (with Samarendra Das, 2010/2020), and his next extended this to look at India’s environmental conflicts, ‘Ecology, Economy: Quest for a socially informed connection’ (with Ajay Dandekar and Jeemol Unni). Felix was professor, rural management, at the Indian Institute of Health Management Research in Jaipur and has taught at several universities in India. He lives now in Wales.

Contact us for more info about the Summer School